How to Have a Good Time Anywhere

Wondered if it’s going to be a good party tonight or if you’re going to enjoy your mystery date. Here’s a few thoughts in having a good time anywhere. Even while travelling!

Starting with the end: Every festival, event, date or outing will have a ‘vibe’ with it. That everyone will feel, some will have mixed opinions though usually there’s a similar experience. i.e. Airports have a magical vibe because it has so many people being reunited or going on adventures. Weddings, festivals & parties tend to all have pretty positive vibe. Though if the vibe is disturbed by people or even a person it can change. 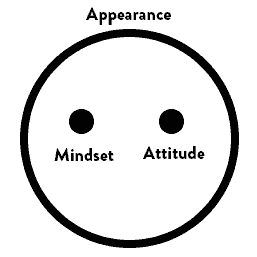 Surprise, surprise, it all begins with you. How you go to an event is where it all begins. Mindset, attitude & even appearance can make or break the event for you.

Mindset: The way you see an event is the very starting point. The events happening then whether you want to go or not it’s happening so get your mind right. The event may not be your liking or choosing though you’re going due to friends or social circumstances so go and be there. Look at it as a new adventure and what interesting people you may meet that actually want to be there. Think about the connections you could make or even some topics or ideas you’d like to discuss. That’s not even considering the adventure and things that could happen at the event.

Attitude: Going to an event with the right approach is also vital. There may be some drastic occurrences in your recent life or something that it lurking in the future. These should be left where they are and should focus on the present. Even if the present is a conversation with someone about an idea to help you with your future problem that’s alright! Just don’t be at the event and have that as the only thing on your mind.

Appearance: If you said you’re going; people are expecting you then you go. Damaging your relationship to your friend and your word is never good practice. If you can’t go or don’t want to let them know as soon as you do so you’re not disturbing your friends own vibe at the event. A ‘maybe’ is just the first step to saying no, so just say honestly what you feel. Obviously as well certain events like weddings and festivals have their own dress codes nevertheless still be you, if you can put your own spice in it do it. Adding your own little character to your outfit will not only help you with your vibe it may help a few others.

Get there early: Be there as it begins. Meet the host, help out. As people rock up you can introduce yourself. Before the parties even rolling you’ll have a wealth of friends.

Smile: There’s never not a reason to smile. You’ll be a lot more approachable.

Empathetic Listening: Listen to what people are saying. Everyone knows something you don’t. Do not hold onto thoughts about something you want to say, you’ll just clutter your head and won’t listen. If what you’re trying to remember needs to come up later it will.

Meet Hosts: Try to see the hosts as early as you can to thank them and at the end grateful for the event and do not be afraid to go into detail about what you enjoyed there.

Help Out: Someone’s looking for help? Move dishes, rubbish or turn a projector on. Do it, help out sometimes it’ll be a fun little adventure and you’ll meet some new people. Sometimes you’ll sit up and then sit back down though people will still see you tried.

Going with someone to an event is always recommended besides the fact you have both each other’s support. you also come with your vibe and energy together. Do not let that energy be negative, cause any form of corruption in a system can crash down the thing i.e. think about relationship fights at parties how easily a mood can be changed.

Common couple problems will be if their vibe is too strong or too weak for the party. Strong and they’ll be in the corner making out or having a conversation between each other making it hard for people to join in. Rather they should share their strong connection with the party and go on an adventure around the party or make games they can play with each other at the party. To weak and they’re fighting or un-happy, best to agree to split for a drink for a bit, take a breath and mingle (Though never get envious of the other just be happy they’re having a better time). 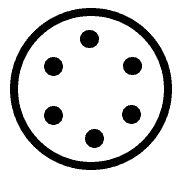 Are formed at larger events when you can hang out with 5 – 12 of your friends. This is when the vibe really starts to take form as people can feel the energy coming from the group. The biggest down flaw with groups is when they become to enclosed and don’t allow for additional company. This is because the group may be so ‘clicky’ which is not necessarily a bad thing though someone else may want to join in or they can separate themselves from the event.

Conversation Cutting: Conversations usually happen between 2-5 people at a time. Be aware of what conversations are happening and try not to intersect them even if that means getting up and moving or switching seats with someone.

Aware: Check your surroundings outside the group to make sure you’re not disturbing anyone else or making a ruckus.

Open: Be open to anyone coming by, invite them over. If they were brave enough to come over be inviting rather than abrupt.

Split Up: Festivals is best for this. Though split up in groups of 3-4 people and go adventure. See what friends you can make and stories you can come back to tell when you recongregate again.

Crowds will naturally have their vibe and depending how the event is going you should be able to feel it. Though some crowds may have a dismal energy like a slow uncrowded dance floor, it can easily be swayed with the power of one group coming in a mixing it up. Even if a smaller party has a lower energy never under estimate the power a single group can make or even a couple (Sometimes a person). Basically you’ll feel crowds vibe though don’t let it get to yours, let yours get to it!

Now it’s time to enjoy the event! Whether its 10 people or 100,000 go and embrace it. Just be sure to be there completely and not have your mind elsewhere, you’ll never know what’ll miss!

How to Life & The Celery Test

Are you happy right at this present moment, can you pick a random day in [...]

How are you? a simple action that you can do every day to better improve [...]

Last week I wrote about if you’re happy. Here’s an easy way to pursuit happiness [...]

War inside our minds

As a species we've developed far beyond the capabilities of our counter parts. However are [...]